One of my favorite poems is Mending Wall by Robert Frost. There’s a good chance you studied it in a high school English class, but it’s one of the most often misunderstood poems around. It begins:

Something there is that doesn’t love a wall,
That sends the frozen-ground-swell under it …

Perhaps too many students forget the beginning by the middle of the poem and drift into daydreaming by the end of it. And, therefore, they forget the whole point of the poem.

While you’ll often hear the line “Good fences make good neighbors,” from the poem, the line was the exact opposite of Frost’s main message. The narrator in the poem wanted his neighbor to think beyond their annual tradition of meeting to repair the wall, to understand that, simply because the neighbor’s father had fed him the “Good fences” line for many years, they didn’t need the wall between them. His neighbor refused to listen and doggedly repeated what his father had taught him about good fences.

Some fences are good and necessary. Here a fence keeps sheep and goats penned in until they can get their dose of medicine. The sheep stares out through the fence as if saying, “I don’t love this wall.” 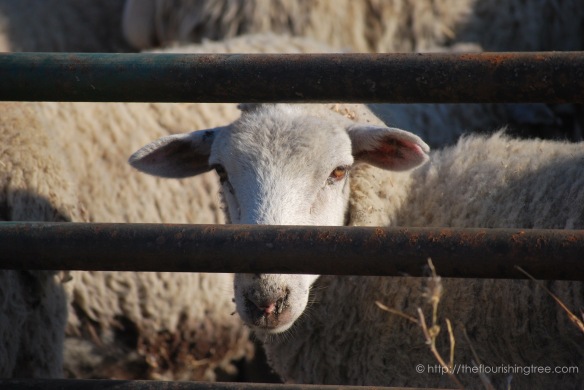